What is Voicing and Toning

It is a method of shaping and altering the hardness of the hammers to achieve the optimum sound quality of a piano by enhancing the fundamental harmonic and the other harmonics or overtones while muting undesirable ones. 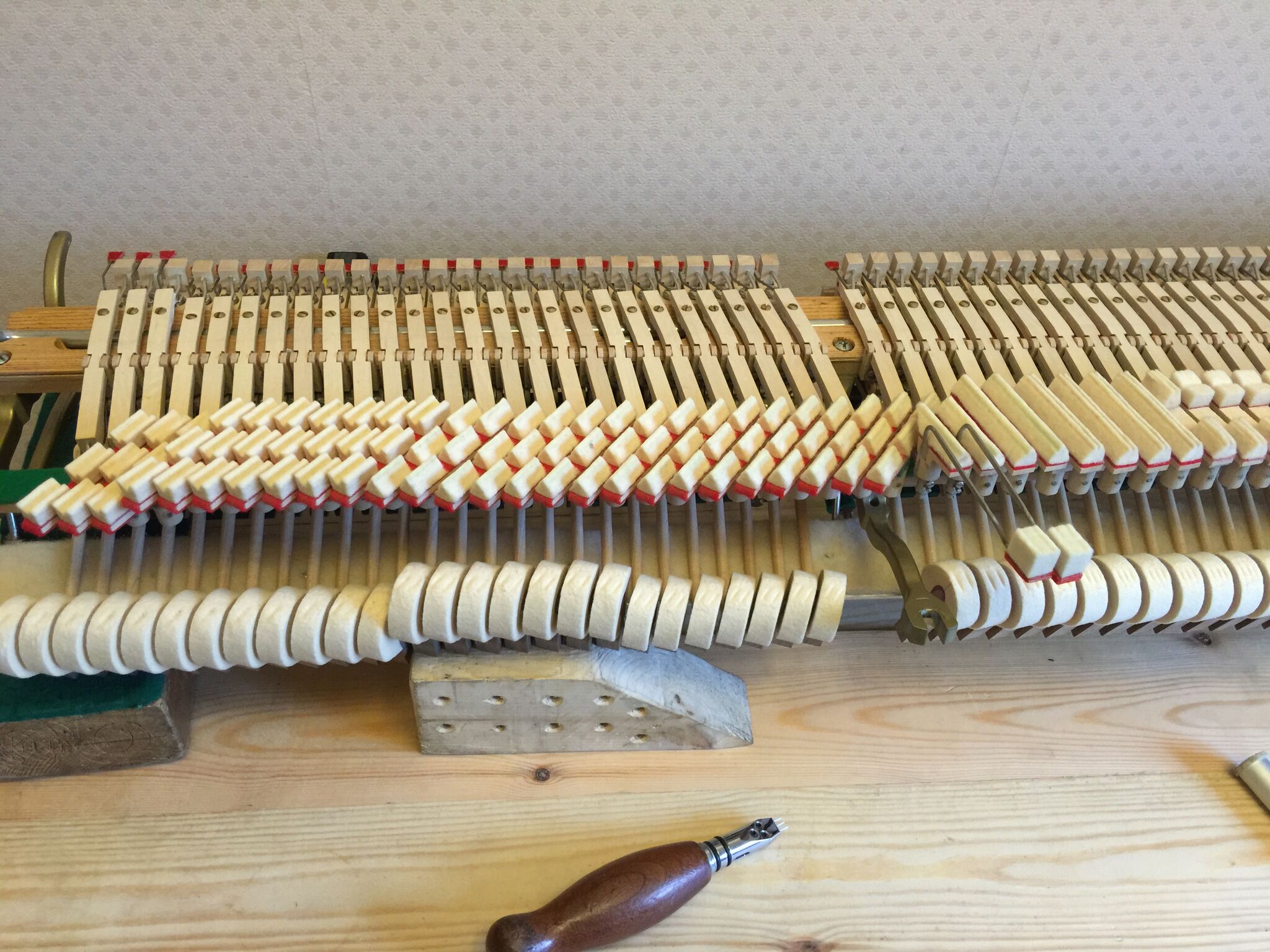 A voicing Block to stable hammers when voicing a Steinway upright


Voicing is a term that was originally used by harpsichord tuners who voice the quills on a harpsichord. This involves cutting and shaping the quill to make it produce a brighter or softer sound by enhancing the fundamental harmonic and the other harmonics or overtones. On a piano, we shape the hammer to enhance the harmonics, and if you voice a piano you must then tone it as well, as the tone becomes uneven after voicing.


Toning is the process of softening or hardening the hammers to add dynamic range. There are three types of toning:

Why do we need to voice and tone?

Every piano has its own distinct sound; that's how it was built and that is its personality. However, over time, the more a piano is played, the more the hammer felt that strikes the strings wears down and compacts. Also, the hammers and strings can get misaligned. In the treble the three strings that make up a single note may have gone out of line so that the hammer is not hitting all three strings in unison. This could be because the hammer is not perpendicular to the strings or because one string may lower that the other two. All of these affect the tone of the piano. 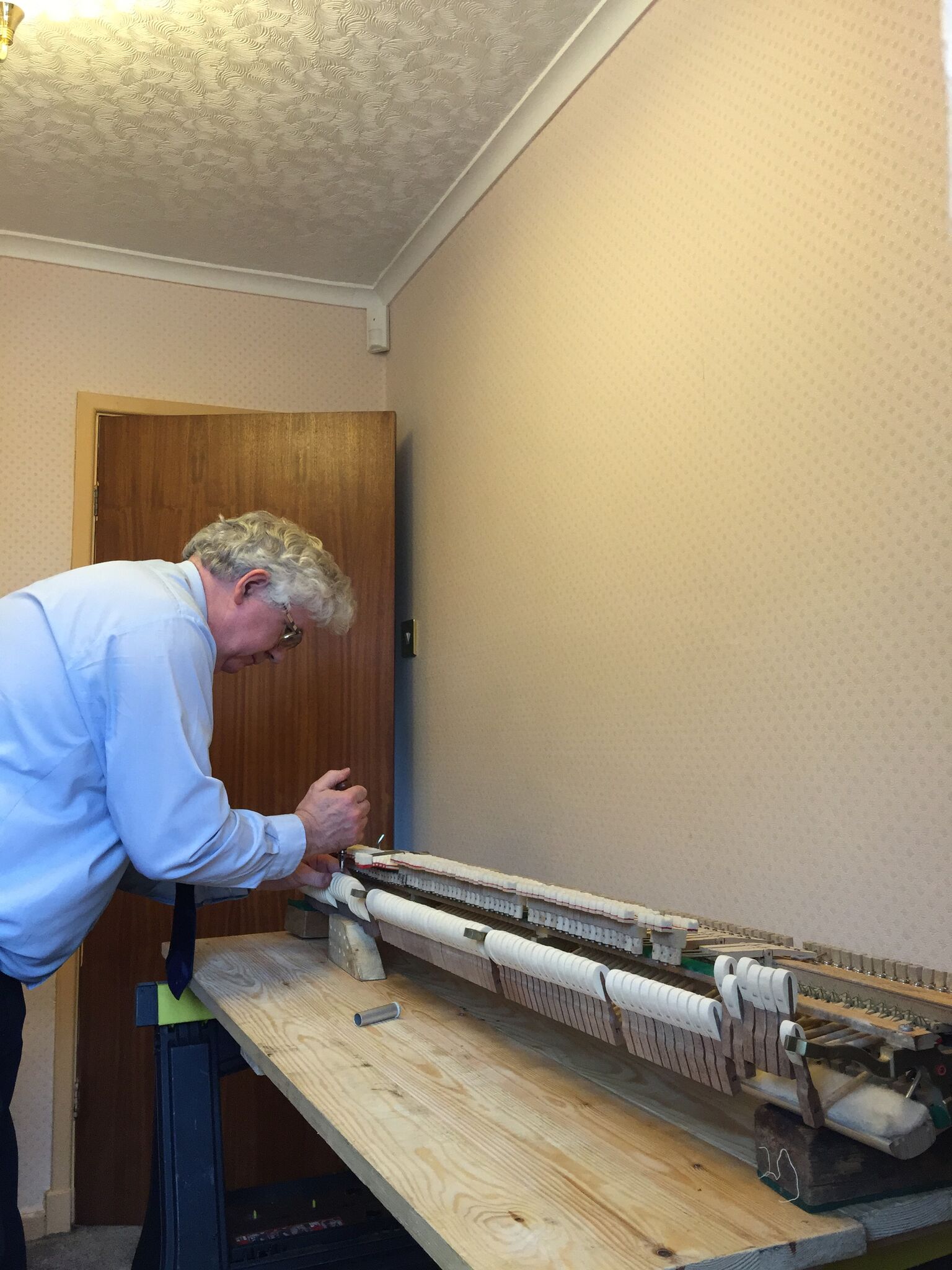 
Over time hammer felt becomes compacted. This hardening can cause the tone to become too harsh or bright, making it difficult to produce an even range of expression, no matter how much you try. The piano is then said to have lost its dynamic range.

The other common factor causing poor tone are deep cuts in the hammers. This can cause the piano to be dull or lifeless especially in the treble; if the cuts are too deep this can affect the centres by putting sideways pressure on them thus wearing out your piano's action.

How long will it take to voice and tone my piano

If we are just toning this can be as little as a few minutes to several hours and visits. With voicing, this all depends on the state and quality of the hammers. In some cases, we may recommend a new set of hammers.